Strength in Numbers: Let’s Turn Mentoring on its Head

Mentor: The name of the adviser to young Telemachus in Homer’s Odyssey that tells the story of his ten-year journey home, after the Greek victory over the Trojans. A tale of wandering, it takes place not on a field of battle but on fantastic islands and foreign lands.

Anyone who can’t resist innovating, shaking up the status quo or taking the steady, gradual steps of a social entrepreneur or change agent in their organization or community has, at one time or another, longed for a mentor – a trusty sage to guide the way, provide counsel and perspective.  Be honest, when the going’s been tough, haven’t you wanted one of these? Even better when things are going well, right?  Do you have a mentor now?

The original Mentor was the advisor to Telemachus in Homer’s epic poem, the Odyssey.  It’s curious that Mentor wasn’t advising him on battlefield tactics, or work, as they called it in those days but on his commute home – ten years long.  No wonder it was slow, as it was a long wander on fantastic islands and foreign lands, ripe with lessons for the young journeyer. 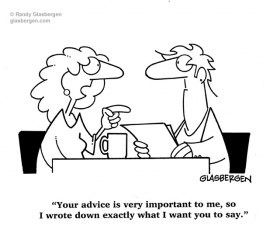 Fast forward to today.  We’ve lost the wandering on fantastic islands and foreign lands.   Mentoring in the typical, corporate setting is tightly controlled, sometimes monitored, with tight contracts, deadlines and deliverables to get results. It’s typically either an employer-directed process matching a more senior person with a young up-and-comer, or driven by a motivated individual going rogue seeking to expand their skill sets, competencies or networks with another person.

Bottom line, traditional mentoring is usually industry or organization focused, typically answering a variation of the question “How best can I get ahead?”  Much advice has been given on making mentoring work for individuals. Trouble has also emerged with this model.

Yet, there’s another alternative to traditional mentoring. The design is so simple that we’ve failed to see it because it’s all around us.  How about using Nature as mentor?  Yes, for us humans.  Makes sense – people are part of Nature, too.

In 2011, I developed a plan of convening a group of twelve women sustainability leaders from across the US for a two-year commitment of professional development and networking, meeting biannually in wilderness locations and virtual meetings in between. Sustainability guru, Darcy Winslow, was my partner on this venture and voila – the Generative Council was launched.

We’ve turned traditional mentoring on its head by using four of the nine laws of nature, popularized by Janine Benyus, noted scientist and innovator, as design criteria. Since I now have three years experience with this model and the wonderful people of the two cohorts who comprise the Generative Council, here’s what I’ve learned.   People have experienced deepened focus or profound shifts, sometimes both. They’ve also reported a deepened connection to community, and greater impact on the larger systems they work and live within.

True, setting up something like this is more work than just finding that one mentor, but it’s worth it. Here’s how.

It begins with a group of talented, motivated individuals sharing a common trait, question or focus.  That’s the human proxy for sunlight – human energy and motivation.   Members of the group are accomplished individuals in their own right.  What sets them apart is that each of them are deeply committed to causes larger than themselves.  In our case, it’s women sustainability leaders deeply passionate about making the world a better place.  What’s the unifying focus that is larger than just your own career progress?

People with common needs or complementary expertise in the Council periodically pair up for deep dives, just the like traditional mentoring model,  but they automatically disband when the particular issue that brought them together is resolved, while still remaining a member of the larger Council.  There’s no problem of when to break up, as sometimes experienced in traditional mentoring because there’s no break-up to be had – just the end of a few one-on-one meetings.   The difference is that the pair remains a member of the larger Council, important for accountability and familiarity, another success factor.  Think about where you might relish more cooperation and personal accountability.

So does our new mentoring model.  It’s structured cross-generationally, and across sectors such as business, government, education, healthcare and non-profits to get diversity of age, experience and expertise. In this way we’re setting up a diverse, human ecosystem in which the members simultaneously give what they can, and take what they need.  But each cohort is limited to twelve – important for accountability and familiarity, another success factor for this model.  Council members report that the cross-generational design of this Council is what attracted them in the first place.  These days, it’s rare to be in supportive, cross-generational, long-term professional relationships.  Are you in group-think with the same old people, or worse yet, in group-think with people you don’t see all that often?

Similar to the diversity point, the group requires a certain level of achievement, expertise and focus. While some people joined immediately, I can’t tell you how many times I heard “Who else is going to be in this Council?”during its initial start-up.  But we held to our design criteria, similar to the Young Presidents Organization and others, because without it, the professional value was gone.

And when those first members took the leap to saying yes, the compelling draw was that the biannual meetings were held in wild, natural settings.  What most of them didn’t realize was that this mentorship model is designed to take advantage of the latest research on the effects of nature on jumpstarting creativity and human intelligence.

Oh yes, and let’s not forget the beauty of engaging on a human-to-human and a human-to-nature level more often in our lives.  Sound interesting??  Let us hear from you.